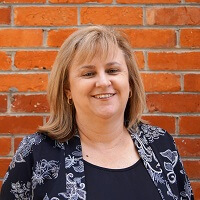 I spent my childhood and early adulthood growing up in the Bundaberg district. My parents had a farm outside of Bundaberg so running around with no shoes, and having every animal known as pets, was normal.

After meeting my husband Paul, we moved to the Gold Coast for work. We then proceeded to live in 4 states in 5 years - Perth WA for 18 months, Wollongong NSW for 9 months followed by 2 years in Melbourne VIC, a very stressful but interesting lifestyle. We have enjoyed seeing so much of our beautiful country while working.

I have, for over 10 years, worked for a major Supermarket, doing a variety of roles. Most store based, followed by working in the Finance Department, both in National & State Offices. From there we moved back to the Gold Coast, and I worked for a private company, doing an Accounts Payable/Receivable roles for 2 years.

More recently, I have worked for a NSW based 'Not for Profit Organisation' on the Gold Coast, as a Finance Officer for 2 years, followed by 3 years as a Payroll Officer.

Paul & I decided it was time for a change, so we moved back to Bundaberg in late 2017, moving to Bargara. It's great to be back, being close to our large family and enjoying a slow paced lifestyle.

I joined The Money Edge team at the end of April 2018, as a Client Liaison Officer, so I look forward to talking with you all moving forward.

Recruitment in the 21st century

Recruitment is one of the biggest challenges that business owners face. How do you recruit quality people and retain them long term?

Can flexible work benefit your business?

Have you considered that the standard 9-5 working day is changing and gradually becoming a thing of the past? You may find that your needs as a business owner are changing, the needs of your clients or customers are changing, and of course, your employee’s needs are also changing. Flexible working arrangements allow you to […]