Casual Rates in Horticulture will Increase

Starting on April 15, the Commission has ruled casuals on horticultural farms, who work more than 38 hours a week, will receive overtime, with penalties also paid for working more than 12 hours a day and night-shifts.

“We knew this was in the wind, but to now be implemented in two weeks’ time without a lot of clarity, it is going to be challenging at best,” said Gavin Scurr, the managing director of Piñata Farms.

His business grows strawberries, pineapples and mangoes on farms across Australia, and he said the change to the Horticulture Award would change the way Piñata operated.

“What this will mean, is we’ll limit workers to 38 hours and put on more people. We just can’t afford to pay any more overtime than we have to,” he said.

“We will lose workers from this [ruling], as in people will stop coming to Australia because they can’t get enough work or are not allowed to work enough hours to get enough dollars under this ruling.

Cheaper to employ children and robots

Vic Grozotis, an apple and avocado producer who runs a packing business at Manjimup in Western Australia, said the ongoing pressure on labour costs was forcing them to make decisions that “aren’t really in the best interest of the nation”.

“What I now do is instead of employing three or four backpackers for a duration of a period to do the harvest, I’ll employ 10 even 15 backpackers and get the crop off in the minimum amount of time and then get rid of them,” he said.

“We’re even looking at the varieties we’re growing and thinking ‘is it an efficient variety in terms of labour’? By that I mean, if we’ve got varieties that require multiple picks, we’re getting out of them.

To cut down his labour costs, Mr Grozotis said he was looking at robotic technology and even employing kids during the school holidays instead of adults.

“We are paying a lower wage rate [for kids] and we don’t have to pay superannuation,” he said.

“The bottom line is we can’t push our prices up, we’re seeing constant downward pressure from the supermarket, so we have to look at cost.”

Years of lobbying for nothing

In a statement, Apple and Pear Australia (APAL) expressed disappointment about the Commission’s decision despite the “intense lobbying efforts over the past four years” by it and other organisations such as the National Farmers Federation.

“NFF has been strongly arguing about the significant financial impact and the need to prepare for, manage and find ways to absorb this financial impact warrants a staggered, or at least very lengthy, transition period for changes to come into effect,” it said.

“The Commission, however, has set aside this argument, being of the view that ‘the industry has been on notice of the intention to introduce overpayments for employees covered by the Horticulture Award since mid-2017’.”

Lloyd Pumpa from the Australian Manufacturing Workers’ Union said he supported the decision and that some of the claims being made by the farmers were a bit much.

“An increase in wages will flow on through the economy, the backpackers will spend that money here,” he said.

“We might end up paying a little bit more for our fruit and vege, but really, we’re making sure that people have an adequate living wage when they do these sorts of jobs.

“I don’t think these are easy jobs at all,” he said 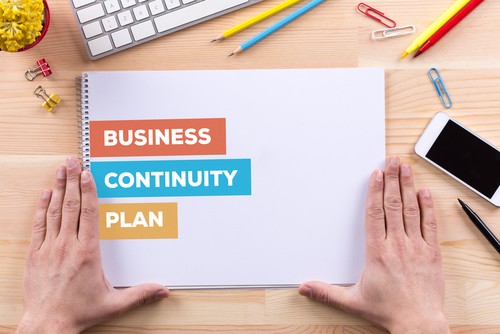