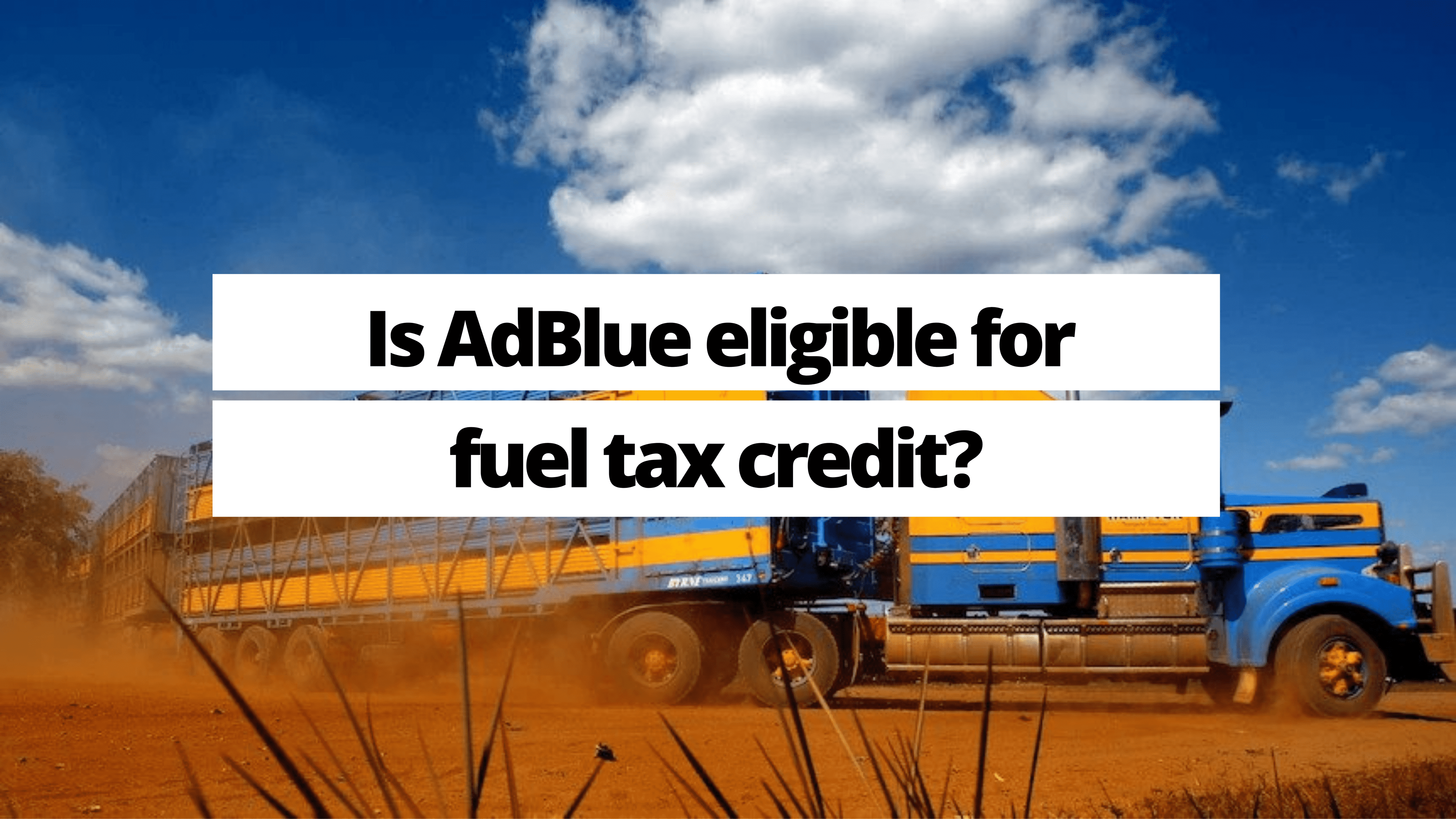 Some fuels are not eligible for fuel tax credits, these include:

Additives (for example, diesel exhaust fluids (AdBlue) are not taxable fuels and have no excise or customs duty paid on them. You're unable to claim fuel tax credits for these types of additives used in your vehicle.

Biodiesel and fuel ethanol (other than part of a blend with another fuel) were ineligible fuels prior to 1 July 2016.

Note: you can claim for fuels you use for business activities in light vehicles travelling off public roads (such as work sites and mining sites) and private roads.

To check if your fuel type is eligible, the ATO have a Fuel Tax Credit Eligibility Tool which can be found by the following link https://www.ato.gov.au/Calculators-and-tools/Fuel-tax-credit-eligibility-tool/