The ATO has announced that it will be closely examining claims for work-related car expenses this tax time as part of a broader focus on work related expenses.

“We are particularly concerned about taxpayers claiming for things they are not entitled to, like private trips, trips they didn’t make, and car expenses that their employer paid for or reimbursed.”

This is no doubt because over 3.75 million people made a work-related car expense claim in 2016/17 (totalling around $8.8 billion), and, each year, around 870,000 people claim the maximum amount under the cents-per-kilometre method.

Ms Anderson said that the ATO’s ability to identify claims that are unusual has improved due to enhancements in technology and data analytics: “Our models are especially useful in identifying people claiming things like home to work travel or trips not required as part of your job . . . simply travelling from home to work is not enough to qualify, no matter how far you live from your workplace.”

Ms Anderson said there are three golden rules for taxpayers to remember to get it right.

“One – you have to have spent the money yourself and can’t have been reimbursed, two – the claim must be directly related to earning your income, and three – you need a record to prove it.”

Case studies
False logbook
A traffic supervisor claimed over $11,000 for work related car expenses, and provided a logbook to substantiate his claim.

However, upon investigation the ATO discovered that the logbook wasn’t printed until the following year – the taxpayer admitted the logbook was fraudulent and it was ruled invalid.

Even though the logbook was invalid, the taxpayer was able to provide other evidence to show that he had travelled at least 5,000 kilometres for work-related purposes, so the ATO used the cents per kilometre method to calculate the taxpayer’s deduction (but his claim was reduced from over $11,000 to under $4,000).

Claiming for home to work travel
A Laboratory Technician claimed $3,300 for work-related car expenses, using the cents per kilometre method for 5,000 kilometres.

However, he advised that his employer did not require him to use his car for work; this claim was based on him needing to get to work.

The ATO advised the taxpayer that home to work travel is a private expense and is not an allowable deduction – his claim was reduced to nil and the ATO applied a penalty for failure to take reasonable care. 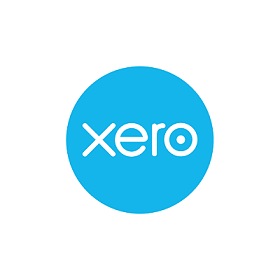