On Tuesday 2 April, the Federal Government handed down its Budget for the 2019-20 financial year. This is the first Budget delivered by Treasurer Josh Frydenberg and will be the final Budget before the next Federal Election.

The theme of this year’s Budget is ‘A stronger economy and a secure future’. According to the Treasurer, the measures in this year’s Budget will not only lower personal taxes and return the Budget to surplus, they also help older Australians continue contributing to super and provide tax breaks for small-to-medium businesses.

Here are some of the announced Budget changes that could affect you. However, it’s important to remember that these are only proposals at this stage, and each proposal will only become law once it’s passed by Parliament. Additionally, if there is a change of Government at the Federal Election, these proposals may be changed or removed from the next and subsequent Budgets.

The Government has proposed the following changes to the personal income tax rates:

The Low and Middle Income Tax Offset (‘LMITO’) is a non-refundable tax offset that is intended to benefit Australian resident low and middle income taxpayers. Currently, the LMITO applies from the 2019 income year to provide tax relief of up to $530, with a base amount of $200.

The Government has announced that it will increase the LMITO, with effect from the 2019 income year, to provide tax relief of up to $1,080 per annum, as well as an increased base amount of

$255 per annum. The (increased) LMITO will be available for the 2019 income year up until the 2022 income year (inclusive) and will be received on assessment after individuals lodge their income tax return.

The current and proposed LMITO apply as follows:

The LMITO applies in addition to the Low Income Tax Offset (‘LITO’). The maximum LITO is currently $445.

From 1 July 2022, both the LMITO and LITO will be replaced by a single LITO. In the 2018/19 Federal Budget, the Government announced that the maximum single LITO will be $645.

The Government will increase the Medicare levy low-income thresholds for singles, families and seniors and pensioners from the 2019 income year, as follows:

For each dependent child or student, the family income thresholds increase by a further $3,471, up from the previous amount of $3,406.

2.1    Increasing and expanding access to the instant asset write-off

The changes in this regard are twofold, as follows:

(a)      The instant asset write-off for small businesses

Small businesses (with an aggregated annual turnover of less than $10 million) will be able to immediately deduct purchases of eligible assets costing less than $30,000 that are first used, or installed ready for use, from Budget night up until 30 June 2020. Only a few assets are not eligible (such as horticultural plants and in-house software).

Small businesses can continue to place assets which cannot be immediately deducted under the instant asset write-off into the general small business pool and depreciate those assets at 15% in the first income year and 30% each income year thereafter. A low pool balance (i.e., the closing balance prior to current year depreciation deductions) can also be immediately deducted if it is less than the applicable instant asset write-off threshold at the end of the income year.

(b)      The instant asset write-off for medium sized businesses

Medium sized businesses will also be able to immediately deduct purchases of eligible assets costing less than $30,000 that are first used, or installed ready for use, from Budget night (i.e., 7:30 PM (AEDT) on 2 April 2019) to 30 June 2020. A medium sized business for these purposes is one with aggregated annual turnover of $10 million or more, but less than $50 million.

To be eligible, medium sized businesses must also acquire these assets after Budget night to be eligible (as these businesses have previously not had access to the instant asset write-off).

As medium sized businesses do not have access to the small business pooling rules, they must instead continue to depreciate assets costing $30,000 or more (which cannot be immediately deducted) in accordance with the existing depreciating asset provisions of the tax law.

The Government has announced that it will defer the ‘start date’ of the proposed Division 7A changes by one income year, from 1 July 2019 to 1 July 2020.

The Government has announced that it will support the expansion of the data collected through Single Touch Payroll (‘STP’) by the ATO and the use of this data by Commonwealth agencies.

STP data will be expanded to include more information about gross pay amounts and other details. These changes will reduce the compliance burden for employers and individuals reporting information to multiple Government agencies.

Furthermore, from 1 July 2020, the Government will simplify and automate the reporting of any employment income for welfare (i.e., social security) recipients through STP.

The Government will strengthen the Australian Business Number (‘ABN’) system to disrupt black economy behaviour by requiring ABN holders to do the following:

Currently, ABN holders are able to retain their ABN regardless of whether they are meeting their income tax return lodgement obligation or the obligation to update their ABN details.

3.1    Changes to the superannuation contribution rules

The Government has announced that it will allow voluntary superannuation contributions (both concessional and non-concessional) to be made by those aged 65 and 66 years without meeting the work test from 1 July 2020 (i.e., from the 2021 income year).

Currently, people aged 65 to 74 years can generally only make voluntary superannuation contributions if they satisfy the work test.

Note however, the current law does provide a limited ‘work test exemption’ for recent retirees wishing to make voluntary superannuation contributions in the 2020 and later years (i.e., from 1 July 2019).

This exemption applies where all of the following requirements are satisfied:

The Government has announced that it will allow those aged 65 and 66 to make up to three years of non-concessional contributions under the bring-forward rule (without satisfying the work test).

Under current law, broadly, those aged 65 and over cannot access bring-forward arrangements.

Individuals up to and including the age of 74 will be able to receive spouse contributions (with those 65 and 66 no longer needing to meet a work test).

Currently, those aged 70 and over cannot receive spouse contributions.

The Government will delay the start date for ensuring that insurance within superannuation is only offered on an opt-in basis for accounts with balances of less than $6,000 and new accounts belonging to members under the age of 25 years to 1 October 2019.

These changes (currently before Parliament) will protect the retirement savings of young people and those with low balances by ensuring their superannuation is not unnecessarily eroded by premiums on insurance policies they do not need or are not aware of.

The Government will streamline the following administrative requirements for the calculation of exempt current pension income (‘ECPI’) from 1 July 2020:

Currently, primary producers and tourism operators may be eligible for a partial refund of the luxury car tax paid on eligible four-wheel or all-wheel drive cars, up to a maximum refund of $3,000.

The eligibility criteria and types of vehicles eligible for the current partial refund will remain unchanged under the new refund arrangements.

The Government will provide an income tax exemption for qualifying grants made to primary producers, small businesses and non-profit organisations affected by the North Queensland floods.

The exemption will apply where the grants relate to the monsoonal trough, which produced flooding that started on or after 25 January 2019 and continued into February 2019. The grants will be made non-assessable non-exempt income for tax purposes.

The Government will treat payments made to primary producers in the Fassifern Valley in Queensland (which was affected by storm damage in October 2018) as exempt income.

$1 million to the Foundation for Rural and Regional Renewal, working with the Salvation Army and a local community panel.

4.4    Concessional treatment for the forced sale of livestock under the Farm Household Allowance Program

Over two years from 2018/19, farmers receiving Farm Household Allowance (‘FHA’) will be able to exempt income from the forced sale of livestock from the FHA income test when that income is invested in a farm management deposit.

This measure will ensure that FHA recipients who are destocking retain access to income support, while making long-term financial plans.

The Government will provide substantial funding to establish a dedicated sham contracting unit (within the Fair Work Ombudsman) to address sham contracting behaviour engaged in by some employers.

This measure is targeted at those who knowingly or recklessly misrepresent employment relationships as independent contracts to avoid employment and statutory obligations.

4.6    Extension and expansion of the ATO Tax Avoidance Taskforce

The Government will provide $1 billion over four years, from the 2020 income year, to the ATO to extend the operation of the Tax Avoidance Taskforce and to expand the Taskforce’s programs and market coverage.

This measure will allow the Taskforce to expand these activities, including increasing its scrutiny of specialist tax advisors and intermediaries that promote tax avoidance schemes and strategies.

The Government will provide $42.1 million over four years to the ATO to increase activities to recover unpaid tax and superannuation liabilities.

These activities will focus on larger businesses and high wealth individuals to ensure on-time payment of their tax and superannuation liabilities.

The measure will not extend to small businesses.

The Government will provide $57.5 million over five years from 2018/19 to the Department of Jobs and Small Business, the Administrative Appeals Tribunal and the ATO for the purpose of providing access to a fast, low cost and independent review mechanism for small businesses in dispute with the ATO.

This measure came into effect from 1 March 2019. 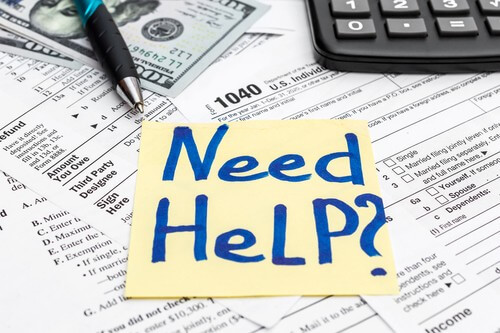 Do you need a Bookkeeping lifeline? 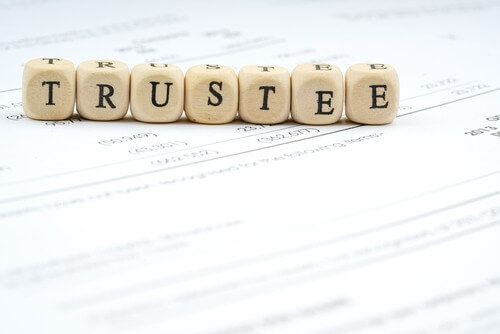